Should US retirees delay claiming Social Security until age 70, even if they have to spend savings until then? The Center for Retirement Research at Boston College proposes that strategy as a default option in retirement plans.

What do Social Security benefits and marshmallows have in common? When placed squarely in front of most people, both are hard to resist.

Almost everyone knows about the famous “marshmallow test.” In the late 1960s, Dr. Walter Mischel of Stanford put marshmallows under the noses of preschoolers and asked them to wait 15 minutes before popping them in their mouths. Some were promised a reward if they “delayed gratification.” Most kids couldn’t go the distance.

Similarly, Social Security benefits become available to most Americans at age 62, and people who retire in their early- to mid-60s tend to file for Social Security right away. Few retirees delay claiming until age 70, when the monthly benefit is as much as 76% higher than at 62.

Experts at the Center for Retirement Research (CRR) at Boston College would like to help people stop treating Social Security like a marshmallow. In a new paper, they recommend adding a default option to 401(k) plans that would make it easy for retirees who retire before age 70 to use their tax-deferred savings for living expenses so they don’t have to claim Social Security until then.

This “bridge” strategy isn’t new. But the authors of the new paper, led by CRR director and retirement thought-leader Alicia H. Munnell, offer calculations proving that, over the long run and for many mass-affluent Americans, this approach beats other common strategies, such as buying an immediate or deferred income annuity with part of one’s savings.

“[We] would introduce a default into 401(k) plans that would use 401(k) assets to pay retiring individuals ages 60-69 an amount equal to their Social Security Primary Insurance Amount (PIA) – the monthly amount at an individual’s full retirement age,” write Munnell, Gal Wettstein, and Wenliang Hou in “How Best to Annuitize Defined Contribution Assets?”

Defaulting participants receive “their PIA (the benefit at full retirement age) for as many years as their balances will permit and are assumed to claim once their balances are exhausted or at age 70, whichever is later.” In a footnote, the authors concede that underfunded retirees should ideally work longer, save more and claim later. The bridge strategy, they say, would be their best alternative to that.

The “bridge” concept has enjoyed episodes of popularity in academic and public policy circles over the past 15 years. It partly reflects the low interest-rate environment. Better to decumulate fixed income investments that are earning under 4%, the logic goes, than to forego an annual 8% rollup in Social Security benefits.

That strategy faces a couple of potential headwinds in the financial services world, however. In a kind of corollary to Gresham’s Law (which dictates that “bad money drives out good”), most new retirees are inclined to spend the “government’s money” first and conserve their own liquid savings for later. Fee-based planners aren’t likely to recommend that strategy; the spend-down from a retirement account would lower the advisers’ own asset-based income.

The bridge concept, in essence, would prevent early retirees from unwisely locking in a lifetime of minimal Social Security benefits. “Providing a temporary stream of income to replace an individual’s Social Security benefit would break the link between retiring and claiming,” the paper said. “As a result, retirees could delay claiming Social Security in order to maximize this valuable source of annuity income.”

“As with any default,” the paper said, “the worker would retain the ability to opt out in favor of a lump-sum or other withdrawal, including leaving the funds in the plan. Even if the payments had started, workers would still be entitled to change their mind and change the size of the distribution, or switch to a lump sum for their remaining 401(k) balances, rolling the lump sum to an IRA as a tax-free transaction.”

The CRR team ran an analysis comparing the bridge strategy with other strategies, which are listed below.

The optimum strategy for a specific man or woman would of course vary, depending on factors such as total household wealth, expenses, and “shocks” (financial or health-related) during retirement. The authors didn’t even try to calculate the optimal strategy for couples because too many variables were involved.

There’s a lot besides the “bridge” proposal in this comprehensive 40-page paper. The authors venture an explanation for the long-standing “annuity puzzle” (i.e., low immediate income annuity sales). They also offer useful updates on existing private sector solutions to the challenge of turning 401(k) savings into lifetime income.

The UTC defined contribution plan design, which replaced a defined benefit pension plan, resembles a GLWB rider but with three life insurance companies offering the option instead of one. The three companies bid against each other once a year to offer the highest annual lifetime floor income to each participant in the program, based on the participant’s contributions in the prior year.

The paper includes a number of interesting factoids, such as:

For more information about any of our products and services, schedule a meeting today. 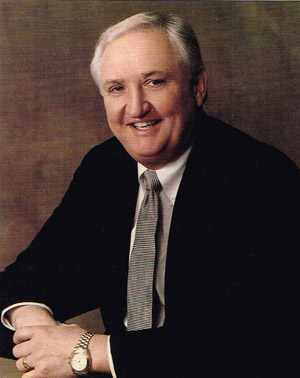 George served in the U.S. Air Force and was Honorably discharged. He has been active in various organizations on a local and national level.

George makes his home in San Antonio, Texas and covers that area for Boynton Financial LLC. 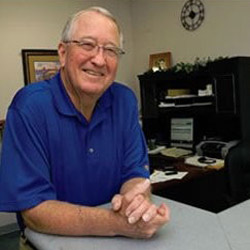 Frank Boynton attended Rollins College in Winter Park Florida. Frank played the PGA Tour for 12 years. Upon leaving the tour, he entered the financial services industry in Cleveland, Ohio. After a brief return to golf he joined Dean Witter in Dallas, Texas and has just finished 33 continuous years as a portfolio manager. He is President and CEO of Boynton Financial LLC.

Ben served in the U.S. Navy as a Hospital Corpsman for nearly 8 years.  After being honorably discharged, from the military, he began his career as a financial professional.  Ben has over 15 years of experience and specializes in Life Insurance, Annuities, Long Term Care, Disability, Estate and Tax Planning.

Ben serves as the Principal of the insurance division of Boynton Financial, LLC. and makes his home in San Antonio, TX.

Dalila moved to Texas in January 2020.  Dalila joined our team this past tax season and helped Gerry complete 50% more tax returns than the previous year.  Dalila Graduated from Indiana University South Bend in 2016 with a Business Degree.  In the 5 years since her graduation Dalila has honed her skills and brings to our team her professional attitude and remarkable administrative knowledge.

Nathan Sheppard has over 15 years of tax and financial accounting experience. He specializes in financial reporting, analysis, and accounting software implementation. For the past six years, Terry and Nathan have partnered to operate the firm, Hutchens & Sheppard, LLP. Nathan and Terry function as defacto CFOs for small businesses, individuals and families.

Terry Hutchens is a CPA and native Austinite. He spent his first 10 years with two Big Four accounting firms in Houston, Texas. Terry then returned to Austin and has practiced accounting and financial consulting for the past 20 years in Central Texas. For the past six years, Terry and Nathan have partnered to operate the firm, Hutchens & Sheppard, LLP. Nathan and Terry function as defacto CFOs for small businesses, individuals and families.

Parker is attending college and is interning at Senior Tax Advisors so that he can learn the business from his Father and brother.  Parker’s primary goal is to become the Property and Casualty Specialist within the next 6 months.

Lisa Capriotti graduated from Gettysburg College in 2002 and went on to earn a Ph.D. in Chemistry from the University of Delaware. After that, Lisa completed a prestigious post-doctoral fellowship at John Hopkins University in biomedical engineering.

She then served six years in the US Navy where she became a lieutenant. Currently, Dr. Capriotti teaches chemistry part time at The Citidel: The Military College of South Carolina. She also works as an insurance specialist for Senior Tax and Insurance Advisors. Lisa has earned both her Series 7 and her Series 66 licenses and is qualified as a fully-licensed investment advisor.

Jimye is our company’s Financial Records Administrator. She recently retired after successfully completing 24 years of teaching (in Leander ISD and Albuquerque Public Schools). Prior to her teaching career, Jimye was employed as a Tax Auditor for the Internal Revenue Service.

Her formal education credentials include a MA in Educational Administration and a BS in Elementary Education (both earned at The University of New Mexico).

Christy joined the Senior Tax and Insurance Advisors team in January 2018 to return to what she loves most: one-on-one contact with clients. She is responsible for monitoring and tracking all the processes in our office ranging from initial client contact, managing contract submittals, and helping our clients with whatever is needed to ensure their retirement transactions are processed efficiently and effectively.

Lou earned a B.S. degree in Business Administration from George Washington University in 1989. He studied law at the University of Denver earning a Juris Doctor degree in 1993 and a Masters of Laws (LLM) in Taxation in 1994. Mr. Shaff is originally from Roseland, New Jersey, however, he has resided in Plano, Texas for the past 25 years with his wife Jennifer and two sons.

Gregory first began working in the financial services industry in 1982. He has been with Senior Tax and Insurance Advisors, PLLC since 2005. Gregory spends most of his days meeting with clients and helping them to understand (based on their individual wants and needs) at what age they should request receipt of Social Security benefits so as to maximize their Social Security retirement income.

Gregory’s mission is to make certain all of the clients with whom he meets continue to receive the personalized financial services and support they are seeking from STA.